From time to time, as I work on finding new material for the classes that I teach, I stumble upon an idea that I find intriguing.  One of the projects that I give to my first year photo students involves compositing.  We work on composites that are supposed to look real in order to utilize newfound skills in making selections and using layers, and then I sometimes I assign a self-portrait which inevitably ends up as some sort of collage for at least half of the students.  This got me thinking.  In my quest to find some new ways to express ideas, I begin to think about the possibilities of layering images.  It isn't the first time I have thought about it.  I think everyone does it at some point in their career.  However, I started to think about it in a way that went beyond merely making a cool image by layering two together.

A few nights ago, I decided to do a little experiment with some of the images that I had back logged from the winter.  I wanted to make a composite image of many images that would express the essential qualities of winter.  This was to be the prototype for a new series that I want to do that involves creating a somewhat abstract piece out of many images on a theme that expresses the essence of that object, theme or idea.   I decided to use 20 images and chose them rather indiscriminately from the stockpile of winter images that I have.  I didn't do much post-processing on any of them aside from cropping all of them to a square format (because some were vertical and other horizontal).  I then went and piled all 20 images on top of each other in Photoshop and began at the bottom, reducing the opacity of the second to last image, and then merging it with the one below it.  I did this in pairs and once I had done 10 pairs, I went through and did it again. I continued the process until I had a single layer made up of the 20 images.   The process was methodical and not very creative in and of itself.  I wanted to see what the final outcome would look like.  I had to do several tries because when I first began, I lowered the opacity too much and one time, I didn't work in pairs and I ended up with an image that was almost non-existent (too light to be read or manipulated).  Below is a sample of what I ended up with.   The lighter version is an unadultered version of the "pile" of images and the more robust one is one that I took through post processing.  I have yet to decide what I want the final version to look like...I think the first is a bit flat and the second a bit punchy, but with more exploration I am sure I will find the right look for this idea.

Because this was a visual investigation, there wasn't much thinking or artistry involved, but I learned a lot about the process.  I can approach it in several different ways: stick with the methodical process and let it be what it becomes, or experiment with manipulating the imagery when combining the images, using different opacities and blend modes and then working with it in post-production to achieve my vision.  I envision these, ultimately, as a series on a relatively large scale, printed on an unique substrate such as acrylic or metal.  If printed on something transparent, the image could be backlit to achieve a similar look to the computer screen, which is a source of light rather than an image that reflects light (like paper or wood or metal).   In any case, I will be working more with this idea in upcoming months. 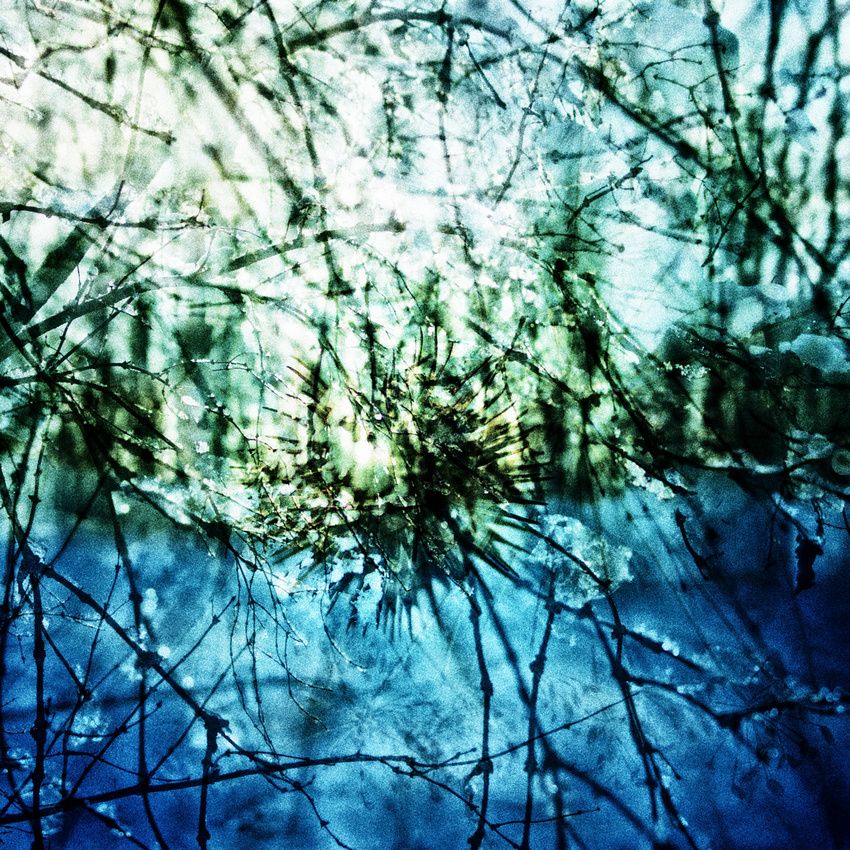 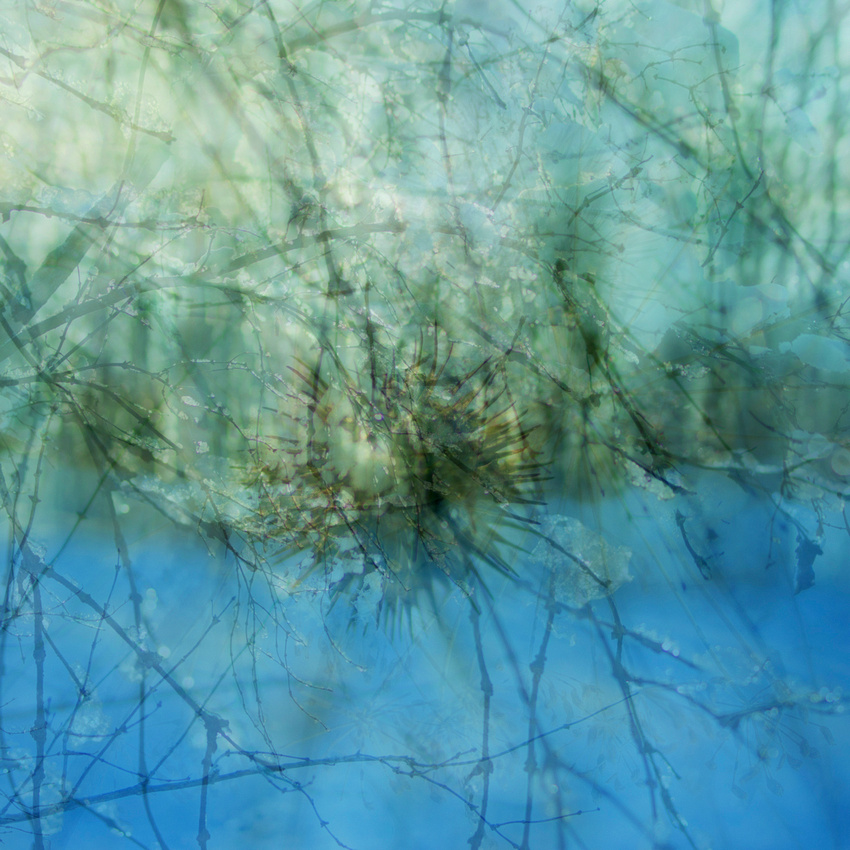