Who Are the People in Your Neighborhood?

I must admit, I am a child of the 70's and early 80's.  Mr. Rogers was huge in my world.  Who are the people in your neighborhood?  That song has been embedded in my head since very early in life.  I grew up in a fantastic neighborhood, where the rat race did not exist (at least to my knowledge). I lived in a simple rambler (ranch house for non-Midwesterners).  My parents were friends with the neighbors, and I was friends with their children.  It was an era when people actually knew their neighbors and they looked out for one another.  As a kid, I listened to my friend's parents as if they were my own.  I remember spending entire days outside with the neighborhood gang, doing everything from creating our own roller skating show to building forts, playing kickball and spud, riding bikes and playing "spy games."  I had two best childhood friends, Lisa and Edith.  Lisa was at our house so much that she knew where everything was, including the rubber bands that were in a plastic bag taped to the inside of the coat closet in the hallway.  We used to create elaborate Barbie houses and "sew" Barbie clothes with old scraps of my mom's fabric in our playroom.  My mother still thinks of her as another one of her kids.  If I were to amass the amount of time I spent playing with friends in my childhood it would probably be as shocking as the amount of time children spend today in scheduled activities and staring at screens.

Yes, we stared at screens when I was little.  I watched Mr. Rogers didn't I?  But the amount of time was negligible in the big scheme of things.  There were no computers, no cell phones (or phones without cords for that matter), no Ipads, no GPS devices.  Our idea of a computer was the "Little Professor," a glorified calculator designed to make math fun.  Who wanted to do that?  I compare this to my own children's childhood and my struggle to help them find joy and develop creativity in their lives without the constant need to plug into technology.  I am trying to teach them that we can have both.

We moved to our very rural neighborhood two years ago from town.  Now I have nothing against town.  I thought that I wanted to live in a big city once; eschewing the idea of the country even though I had no idea what it was like to live in the country.  While I enjoyed my old neighborhood, it wasn't the neighborhood of my childhood. I lived there for twelve years.  I knew some of the neighbors, and still miss some of those people, but the days of free and unorganized play for my children were few and far between.  Gone are the days when children go outside to play and their parents trust that they are nearby and that they are fine; when you could count on your neighbors looking out for your kids.  My mom used to step out the front door when it was time for me to come in and yell my name at the top of her lungs.  I would hear her, sometimes from a block away, and come running.   I wanted my kids to live in a place where they could go outside and have room to roam; to use their imagination, to learn about, experience and love the natural world.  I wanted them to understand where their food comes from and that you can do things for yourself.  I wanted them to learn to use their imagination, to play with each other and to be able to entertain one another.  You can probably do that in town.  I did.  But for me and for my family, it led us to a different place.

Do we have neighbors?  Yes.  By city standards, we are far apart since each person in our "neighborhood" has at least five acres of land.  However, we look out for one another and care for one another.  My kids even have friends to play with-though the friendships are not yet as fast as my childhood friendships, they might be, someday.  So if you made it this far, you are thinking:  "What about the picture of the cows?"  That is what I get to see on my walks and drives to and from my home.  The cows are some of my neighbors.  They live on one of the most beautiful and breathtaking plots of land I have ever seen.  Their caretakers sell eggs to my family and when I go there to get them, they invite me in for a chat that can last for at least a half hour.  The cows are teaching my children about life.  They see their babies in the spring.  They watch them wade chest deep in the marsh to keep cool on a hot day.  They see how they chew and scratch on the trees.  They listen to them talk, and Yes, they even understand that they are a source of food and sustenance.  Through it all, I have discovered that I love the country.  I love being a steward of the land and the wildlife that surrounds me and I think that my children love it too. 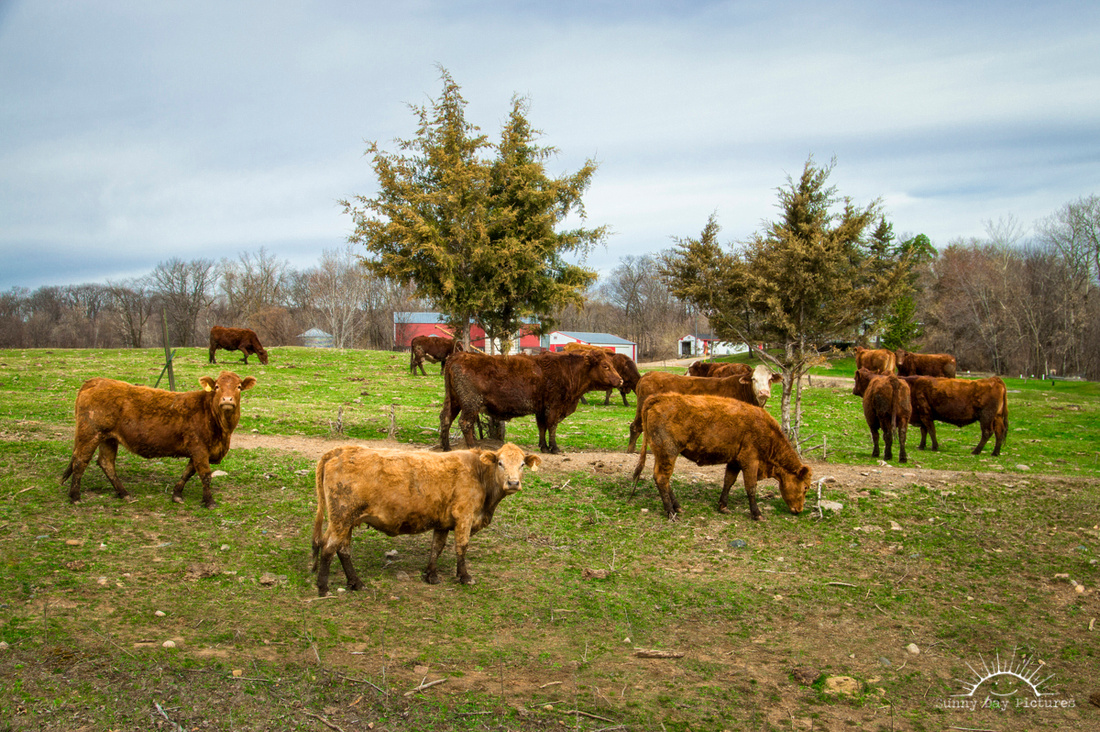