Working with light, aperture and flash 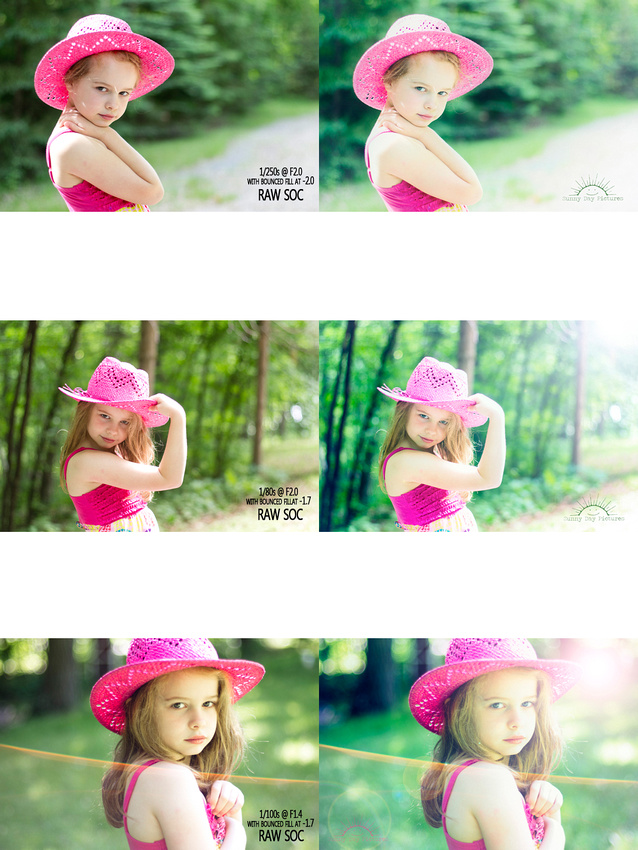 These days, most pro photographers are working with some sort of image editing program to speed up their workflow.  Some pro studios job their work out to places like Retouch-up or similar organizations.  Those places get a profile of what the photographer wants their final output to look like and then when the photog sends them the images, they retouch them.  No, it is not free, but for high volume studios, it helps to keep the sanity.  My studio is not a high volume studio.  I like to think of myself as a professional boutique photographer.  Part of what I love about what I do is that each session is unique and I get a chance to be creative from beginning to end.  The opportunity to play is what keeps me in the game.

This week I used my favorite model to help me get back in touch with sunlight.  When I was in graduate school studying photography, one of the main criticisms that I faced time and again from my professors was that my work was too "pretty."  Well, I guess it was just one professor, but I had her for several portfolio classes, and she had a problem with my love of photographing with beautiful sunlit highlights.  She kept telling me that my work looked too much like portrait photography.  Well, duh, that is what I love and I was doing editorial-type work so it wasn't entirely out of the question.   But like the earnest student I was,  I went away from that for awhile in order to better myself as a photographer.  I learned a lot, actually, and it made me a better photographer.  But not everybody wants to be the next Gregory Crewdson, David LaChapelle or Jenny Holzer, just to name a few.

So here I am, back at the beginning.  I wanted to take this summer to try out some new things.  I started with revisiting old things in a new way.  In this post, I want to show how an image looks coming straight out of the camera (SOC) in RAW.  I was working on a beautiful sunlit day.  Where I am at, the light can be dazzling or it can be dappled shade depending on where you stand.  Both are hard to work with.  Dazzling light creates hard shadows and dappled shade creates leafy shadows and inconsistent lighting conditions.  That said, the filtered lighting conditions also offer some of the most stunning portraits.  In addition, I chose to go back to using my smc Pentax FA 50mm f1.4 prime lens.  This is a film lens that does not zoom and it has a sweet spot like no other lens I own.  The f1.4 aperture allows the background to be totally blurred out and creates a smooth and beautiful bokeh in the background that reads like little balls of light and color.  The biggest problem that I had doing this shoot is that I wanted to shoot wide open or nearly so, but it was a bright day.  When you shoot wide open, you are letting a lot of light into the camera and you have to compensate by having a faster shutter.  The problem is, that with the strong lighting conditions, there are hard shadows created under the brim of the hat and the eyes.  In order to deal with those, I used a powered down flash on a bracket with a fill card.  Flashes can only sync with a shutter of about 1/125-1/250 of a second unless you are working with high speed sync- not nearly fast enough to balance a big aperture with a lot of light AND even more light added in by the shutter.  The result?  Overexposure in the highlight areas...unless you close the aperture down a little bit and choose your lighting carefully.

Lately, I have seen a lot of actions made available from companies like Florabella, Paint the Moon and MCP actions.  These are great products, and potentially they can save a lot of time.  They are fun to explore because they offer so many creative choices (though they usually need tweaking).  I think that a lot of amateurs and professionals alike use them.  Knowing what I know, creating actions in Photoshop is really not that hard.  You just have to have a vision.  Florabella and others give all sorts of ideas that most might not think about regularly.  I was tempted to buy them just to play, but instead, I chose to demo a product that I have been interested in for awhile.  In addition to my regular workflow with Lightroom, I chose to try out Nik software, which was recently bought out by Google.  They offer a 14 day trial and I have heard rave reviews about Color Efex Pro and Silver Efex Pro.  The reviews ring true.  The possibilities are endless and the vintage film effects actually look like vintage film.  The other parts of the software package are not as useful to me because I prefer other software that does the same thing.  However, I enjoyed playing with this, and came up with a cooler, faded, hazy look, which was exactly what I wanted.   Just for the record, I did NO retouching on the skin etc.  Some of the shadows were lost with the filter and the image became flatter looking, but I can live with that.  I could have set the color balance in camera, but I knew I was shooting in RAW and that I would be changing it anyway so I didn't bother.  I didn't get as much sun flare as I was hoping for in the original images, so I added it in using a solar flare filter in photoshop.  Not that hard, actually.  Florabella offers this kind of action for a lot of money, but it is really not hard to create on your own, provided you have lighting conditions in the original image that can support it.

I was originally dismayed at the sun streak in the third image, because I really liked the image.  I don't have a lens hood for the prime and once I realized I was getting streaking, I used my hand to block the light, but alas, my favorite image had a streak already.  I decided to work it into the aesthetic of the image, and it turned out better than I had hoped.  Though I did miss the focus a bit while shooting wide open, I still like the less than perfect image.

All-in-all, I consider this a great learning session.  I was able to accomplish a lot in a very short time.  7 year olds don't last long.   I also had an opportunity to test some software, which I will probably purchase.